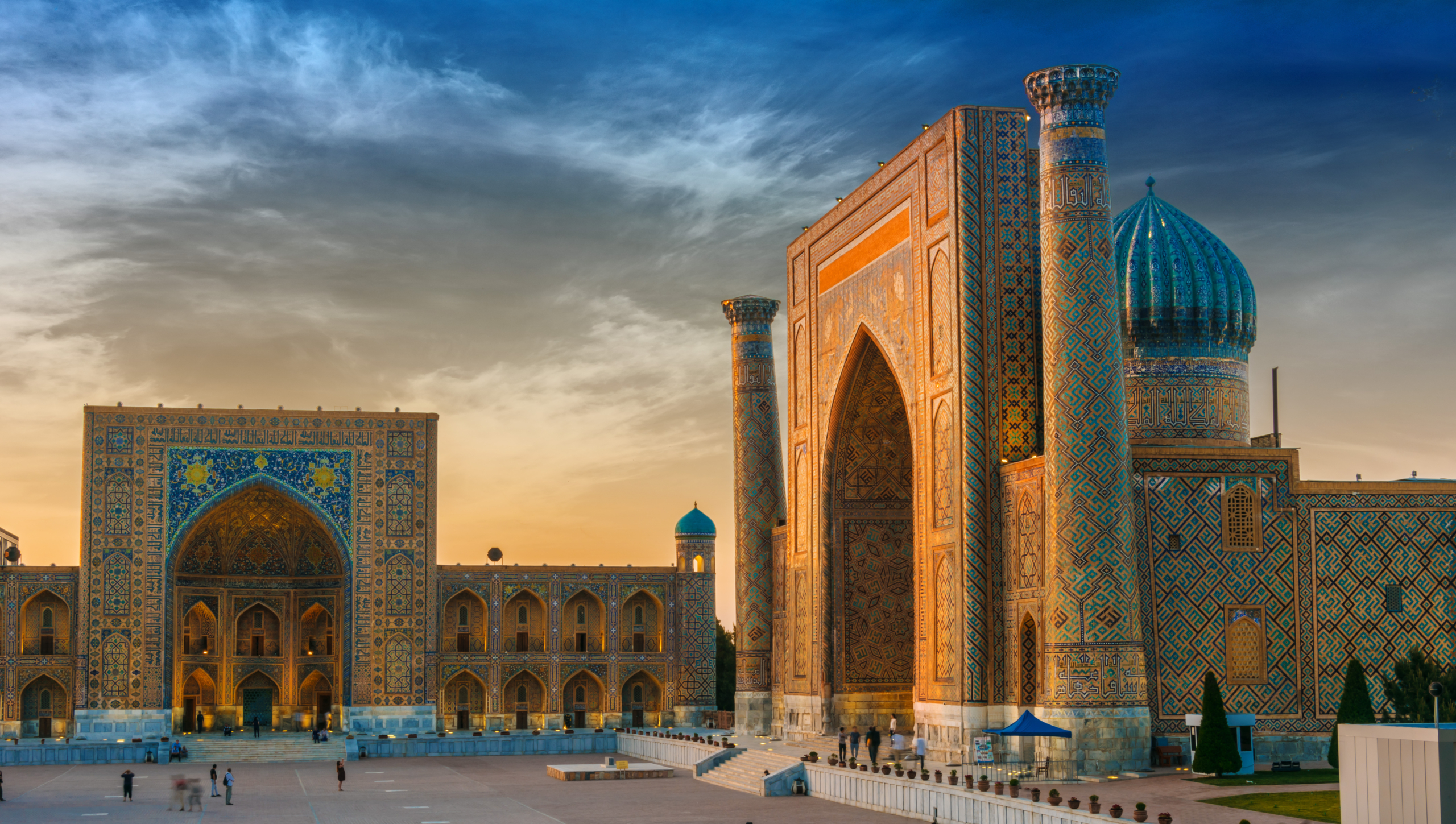 In 2016, Shavkat Mirziyoyev was elected President of Uzbekistan after 26 years of authoritarian rule. The former Soviet Republic was ready for a change. President Mirziyoyev seized that opportunity and immediately began to lay out a new vision for Uzbekistan.

His vision would ultimately open the country to greater democratic freedoms, address long-standing civil and human rights issues head on, and revitalize the economy through development of infrastructure and reform of policies, programs and systems.

The “Strategy for Action 2017 / 2021” President Mirziyoyev officially announced in February of 2017, is a five-year plan. It rapidly modernized Uzbekistan and improved the lives of 33 million people.

Two other foundational documents, the “Program to Reform the Judicial and Legal System”, and “Concept of Administrative Reform”, have fundamentally transformed the relationship of the government to its people.

Taken together, Mirziyoyev’s program of reform focuses on six key areas that are relevant to “ESG” reporting on environmental, social and governance issues.

Freedom is on the march in Uzbekistan. The new mindset that has been introduced by President Mirziyoyev creates a more civil society that supports human rights chiefly among other ESG issues. The government is transforming into a protector and guarantor of rights, rather than serving as source of oppression.

The President and Parliament are ushering in freedom of speech and of the press, gender equity, and religious tolerance, while banishing child labor, forced labor, coercion, torture and human trafficking, among other abuses.

Among the highest priorities in President Mirziyoyev’s plan is labor rights reform, which has achieved astounding success by eliminating systemic forced labour and child labour in the cotton harvest in less than 4 years. On Jan. 29, 2021, the International Labour Organization’s report, 2020 Third-party Monitoring of Child Labour and Forced Labour During the Cotton Harvest in Uzbekistan, showed that forced labor had been reduced by 33 percent from 2019, to less than 4 percent. The report was based on more than 9,000 unaccompanied and unannounced interviews with a representative sample of the country’s 1.8 million cotton pickers.

In order to achieve these new freedoms, Uzbekistan took radical steps to change the way it operated. Greater competition was introduced in the country’s elections and representation. A redistribution of power shifted the balance toward Parliament and away from the President. Governors and Mayors began to be directly elected by the people, rather than appointed by the President. Not only were the people given a greater voice than they had ever had before, but their elected officials began listening tours to encourage participation in civic life. Representatives went out into their communities to see and meet people where they live, to hear their concerns.

From 2016 to 2020, hundreds of new NGOs were allowed into the country along with independent and international media. Restrictions on social media were ifted and a booming public conversation was taking place as citizens shared their public faces and voices. All of these major changes were institutionalized through codification and simplification of laws. They were made permanent by improving governance structures, increasing judicial transparency, and bolstering enforcement capabilities to punish violations appropriately.

While Uzbekistan is a major producer of minerals and natural gas, agriculture is one of the country’s main exports, including the #1 cash crop cotton. For years, the government controlled the means of production in the Soviet style, setting quotas, prices and wages, distributing land, water, seed, fertilizer, controlling all freight transportation and managing all exportation.

Under Mirziyoyev, a privatization plan was introduced that created “cotton clusters” run by investors and business who took over some of the government’s former responsibilities. The clusters now compete to negotiate contracts with farmers. This gives farmers more choices on what crops they want to plant and grow, what costs they want to pay, and what prices they want to charge for their harvest. Workers are no longer forced or coerced into the fields and quotas have been eliminated. Competition has begun to increase productivity along with massive investments in farm machinery, diversification of crops, and the development of modern agricultural techniques.

Setting up these conditions for change is no small task. But, the program of reform could not be successful without a burgeoning economy that allows people to gain their own financial freedom. To emerge from stagnation of the previous decades brought on by isolation on the world stage, Uzbekistan began an outreach effort that opened new avenues for commerce and investment. This process began with loosening export controls, removing the requirement for export through the government, and increasing the share of export revenues in foreign currency to the government. A unified exchange rate and planned permission for private foreign exchange services brought more consistency and assurances to investors. Tax reform, with a simplification of the tax code and a reduction in taxes, made it easier for businesses to compete globally. Further, a greater emphasis was placed on creating jobs and training especially for young workers who would make up the future base of the economy. All of this was quickly noticed by the international investment community, and ignited an influx of interest. The marquee change, however, was privatization of state-owned enterprises to remove the government as the overarching central figure and serve a more appropriate oversight and enforcement role.

Environmental stewardship has also risen to the top of the reform agenda. Uzbekistan is a country that has already experienced the results of a changing climate. The Aral Sea, once the fourth largest lake on earth, has shrunk to just 10 percent of its original size, severely affecting the entire region. Soviet-era mega projects further exacerbated the problem by diverting rivers that fed the lake in order to irrigate the desert. The change has been so dramatic, the eastern basin of the lake is now effectively dry and known as the Aralkun Desert. To manage this challenge, Uzbekistan is encouraging global action while investing in funds to improve technology, develop “green” solutions, and innovate on irrigation, water use, agriculture and food production.

Along those same lines, the country’s infrastructure can not only be a catalyst for change, but a physical representation of that change. In recent years, the government has encouraged private investment in renewable energies that can decrease dependency on fossil fuels. Solar and wind farms are growing in number and magnitude. As a double land-locked country, Uzbekistan is particularly dependent on its transportation system to bring goods to market. As international trade increases, the need for new roads, bridges, tunnels, and railways has burgeoned. Massive construction and development projects facilitate transit, while creating jobs. Investments such as these in physical infrastructures benefit all society. Re-building the country for the 21st century will lay a literal and figurative foundation for long-term economic revitalization.